Editor’s note: What follows is a guest post. Michael Zhang is an MD-PhD student studying at the University of Louisville School of Medicine. He is one of my go-to experts on matters of cell biology and stem cells. (His bio is below.)

As you may have heard, this week brought striking news in the field of stem cell biology. Researchers from Boston and Japan published two papers in the prestigious journal Nature in which they describe new and easy ways to transform mouse cells back into stem cells. (NPR coverage here.) Make no mistake, this is not mundane science news. This is big.

I follow cell biology because I believe it is the branch of science that will bring the next major advance in modern medicine. Rather than implant a pacemaker, future doctors may inject a solution of sinus node stem cells, and voila, the heart beats normally. Rather than watch a patient with a scarred heart die of heart failure or suffer from medication side effects, future doctors may inject stem cells that replace the non-contracting scar. And the same could happen for kidneys, pancreas, spinal nerves, etc.

When I heard the news, I emailed Michael the link with the following subject line: “This is pretty cool, right?” He wrote back. What he taught me is worth sharing. 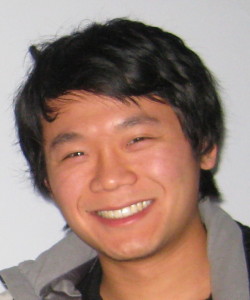 For much of the past century, the prevailing consensus held that once animal cells move past the earliest embryonic stages, they are irreversibly committed to specialized roles in the adult – brain cells, heart cells, lung cells etc. In the past decade, two Nobel-winning biologists each separately demonstrated that committed specialist cells (aka differentiated cells) could be reprogrammed back to a primordial, embryonic state (aka pluripotent stem cell) that could then morph into any new type of specialized cell.

Now, Professor Obokata and her colleagues have described new methods to induce this reprogramming of specialized cells to (pluripotent) stem cells. Whereas previous methods involved draconian procedures – the transfer of entire nuclei between cells, or the transfer of multiple genes â€“ Obokataâ€™s group found that simply squeezing a terminally differentiated cell, or immersing it in an acidic solution, could induce reprogramming to an embryonic stem cell state.

The key aspect of this discovery was the ease with which stem cells were created. Transferring nuclei or genes is time-consuming and failure prone. Yet there are still hurdles. These new-method-reprogrammed cells are not any more capable than the old-method stem cells. The same problem remains: how to manipulate stem cells to provide the various regenerative therapies doctors and scientists have been promising for years.

Framed in this light, it almost appears that Obokata and her colleagues made only incremental progress in stem cell biology. A closer look at the experimental data reveals the opposite. (Ed note: This is code for: pay attention to the Method’s section of papers.) Obokata immersed her differentiated cells in an acidic solution and then waited 7 days to identify reprogramming. By then, most of the cells in the petri dish had died. Most scientists would have terminated the experiment and thrown away the petri dish by day 2. Perhaps Obokata is an unusually tenacious scientist, but without a doubt, she had found an incredibly small niche of cells that is almost universally ignored. This observation is the game changer.

Obokataâ€™s new methods of reprogramming cells is the cell biology personification of the idiom â€œwhat doesnâ€™t kill you makes you stronger.â€ Those differentiated cells still alive 7 days after acid treatment are stronger because they are no longer stuck in a committed specialist role but can now re-differentiate into any new role, such as muscle cells, which are constantly exposed to acidic conditions (ie…when you feel the lactic acid burn during a workout).

The concept of â€œwhat doesnâ€™t kill you makes you strongerâ€ is not a new one in biology. In Darwinâ€™s theory of evolution by natural selection, those organisms not killed by nature survive to produce stronger offspring. Cardiologists have known for two decades that patients who survive their first heart attack garner some protection from subsequent lethal heart attacks. This is because the heart has innate protective mechanisms activated after it has been preconditioned to a blood-deprived state. Many of these protective mechanisms have been elucidated, but Obokataâ€™s new reprogramming methods represent an entirely novel process.

Back to some thoughts about Obokataâ€™s acid-reprogramming method: the cells lining the stomach are constantly exposed to stomach acid; the cells lining the esophagus are exposed to acid when drinking carbonated drinks. Are these cells reprogramming themselves? Obokata and her colleagues tested an entire spectrum of specialized cells (brain, lung, heart, kidney, etc) and all contained variable but extant abilities to reprogram to the stem cell state. Thus, Obokata et al may have found a tiny niche of cells in their original experiments, but they have described a near universal cellular mechanism.

Many significant questions remain. The entirety of experiments were performed with young mouse cells. Are these same mechanisms present in older human cells? Are these new cell-reprogramming methods actually occurring in the body or is it only an artificially induced process? And of course, will these new methods lead to those long predicted regenerative medical therapies?

In the meantime, I will be performing my own experiments with additional rigor; a cell may appear dead but it could actually just be reprogramming.

Michael Zhang’s Bio: Mike graduated from UCLA with a degree in Microbiology and Immunology. He is now finishing his MD and PhD at the University of Louisville. He is fascinated by the complexity of biology and is currently researching resolution of inflammation in diabetes. In his free time, he likes to seek out delicious food and tries to hang on to the slipstream of fast cyclists.