A very accomplished colleague of mine once musedâ€”about an athletic patient with a heart problem:

“Johnâ€¦the guy is only a cyclistâ€¦It’s not like riding a bike is that hard.” 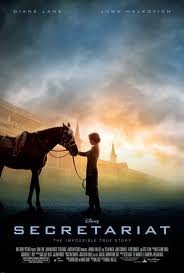 I wanted to call him to the EP lab to feel how the heart of an endurance athlete rocks the catheter that you hold in your hand more than three feet away from the chest. I wanted to tell him about how your color vision goes black-and-white when you have to hold the wheel in front of youâ€”just ten more pedal strokes, you say to yourself.

These thoughts arose after reading this very nice review (Circulation) of the athletic heart. It got me thinking about how much athletes perplex doctors.

Our hearts adapt to the increased demands of intense training by growing larger, contracting stronger, and more robustly responding to adrenaline. At the same time, skeletal muscles learn to extract more nutrients from the increased flow of blood. This is called fitness.

From the viewpoint of heart adaptations, there are two forms of exercise: endurance exercise (cycling and running) and strength exercise (weightlifting). Endurance exercise mostly involves sustained elevations of heart output which occur in normal (or reduced) states of blood vessel resistance. Strength training, on the other hand, involves short bursts of intense heart contraction with high levels of blood vessel constrictionâ€”think bench press. Many sports, cycling included, combine both forms of training.

The increased workload placed on the heart creates changes that can sometimes mimic disease. Athletes frequently re-define the limits of what is considered normal.

Here are a few things about athletes that often confuse both patients and doctors:

Athletes can develop very low heart rates at rest. This slowing occurs because training enhances the effects of the involuntary nervous system. Athletes develop incredibly active parasympathetic (vagal) tone, which results in slow resting rates. Medical people call this bradycardia. Heart rhythms for which the elderly require pacemakers are normal in the trained athlete. But beware athletes, there is some data out there hinting that heart-rate slowing from long-term endurance exercise might be permanent.

The left ventricle of the heart pumps blood to the body. Consistent athletic training induces the LV to enlarge. Strength (resistance) trainers mostly sustain increases in the thickness of the LV walls, while endurance athletes adapt by dilating the size the LV chamber. There is overlap, and most sports involve both types of changes. When correlated with body size (big people have bigger hearts), the degree of wall thickness and chamber dilation achieved in athletes rarely reaches the extreme.

The most commonly used measure for the heart’s pumping ability is how much blood is ejected each beat. A “normally” contracting ventricle empties more than 55% of the blood in its chamber each beat.

A very surprisingâ€”but not uncommonâ€”finding is when elite athletes show EFs that appear sluggish at rest. You look at it and think, “how is this possible?” Along these lines, I found this interesting study of Serial LV Adaptations in Professional Cyclists. French researchers reported that more than one-half of 286 Tour de France cyclists (1995 and 1998) exhibited unusual LV dilation, and 11% had abnormally low resting EFs. Although one can reasonably surmise that TdF cyclists in the late 1990s may have been more inflamed than those currently, the notion that extreme degrees of training may induce heart weakness is consistent with emerging data on exercise-induced cardiac scarring.

The LA stores the blood after it returns from the lungs. It then ejects blood into the LV. Consider it the primer of LV contraction. The most common heart rhythm problem, atrial fibrillation, originates from the LA in more than 90% of cases. Endurance training is consistently associated with larger left atrial sizes. And since AF incidence trends with LA size, it is thought that LA enlargement is one of the reasons that athletes are at increased risk of AF.

Abnormal heart rhythms observed in trained athletes span the spectrum of severity. Benign rhythm problems include premature beats, both from the atrium (PACs) and the ventricle (PVCs). Most of these nuisance beats keep the company of normal heart function and structure. Alas, more often than not, prescribed rest decreases the burden of these beats.

Moving to the less benign rhythm disturbances, it is now clear that endurance athletes are at increased risk for AF. Though speculative, the reasons for this association are likely multiple: LA enlargement, inflammation, increased adrenaline levels, and enhanced vagal tone (vagal nerve stimulation induces AF in experimental models of AF).

Malignant rhythm disturbances, like ventricular fibrillation and sudden death, are well reported in both the lay press and clinical studies. There is little doubt that the extremes of intense training enhances both genetically pre-determined (Long QT, hypertrophic cardiomyopathy) and acquired (coronary artery disease) risks of death. When athletes show right ventricular disease, the risk of sudden death may be further enhanced. RV abnormalities, like dilation, scarring, or electrical conduction delay, warrant close attention.

The medical term for loss of consciousness along with loss of posture is syncope. Though visually dramatic, athletes that pass out (“done fell out” in Kentucky speak) have a mostly positive outlook. The most common cause of syncope in athletes is the benign faintâ€”medical people call it by the crazy name: neuro-cardiogenic syncope or vaso-vagal syncope. This benign reflex can occur in anyone, but the frequent dehydration, high adrenaline levels and vigorous contraction of the trained heart make athletes especially prone to this common malady. On rare occasions, more sinister heart problems are the cause of syncope. Thus, it seems prudent that athletes who pass out should be evaluated by a doctor.

No heart-related essay on athletes would be complete without mentioning performance-enhancing drugs. No longer are these agents confined to professional athletes. Numerous reports in the media have documented the use of anabolic steroids, erythropoietic stimulants (EPO), insulin, human growth hormone and pseudo-ephedrine in amateur athletes. Few scientific studies have been done, as finding athletes who admit to taking illegal substances is challenging, but it is well known that all of these drugs have potentially negative effects on the heart. I’m not pointing fingers here; the authors of the Circulation review, along with most reviews on the athletic heart mention performance-enhancing drugs.

Athletes present a vexing problem to clinicians. Telling the difference between normal adaptations and disease is challenging, especially since emerging data suggests that for some individuals, an upper limit of exercise clearly exists. Call this a threshold level of training that when passed, results in harm.

I am a fan of the heart, and of athletes, and of what they both can do together.

The heart of an athlete is simply worthy of respect. Yes…Secretariat made me emotional.

5 replies on “The Mysterious Athletic Heart”

[…] a metaphor. Intensive training tends quite literally to increase the size of the physical heart, as Dr. John Mandrola â€“ a cardiac electrophysiologist (specializing in heart rhythm disorders) here points […]

[…] the effects of intense exercise on the heart, and they are not all bad. In fact, in an article by Dr. John Mandrola, entitled “The Mysterious Athletic Heart,” he says, “Athletes frequently […]