The purpose of this post is to introduce my latest column on Medscape, which is linked at the end.

You might wonder why an electrophysiologist is interested in cancer screening. I am interested because it may be one of Medicine’s largest reversals. A reversal happens when something (testing or treatment) doctors did, and patients accepted, turned out to be non-beneficial.

Think about cancer screening as it is today. Millions of healthy people are told they should have mammograms, PSA tests and colonoscopy. Doctors call this health maintenance. People (notice I did not use the word “patients”) fear cancer, so they accept the invasions of their bodies. News outlets carry stories in which someone is either saved by screening or felled by late-stage cancer–because it was not detected early. The idea of cancer screening becomes entrenched as fact.

I was shocked to learn that there is no evidence that cancer screening works. I know that statement makes me sound like a nut. Let me explain.

Why do we get a screening test? We get it done because cancer is a common cause of death, and it is best treated early. We aim to prolong our lives. 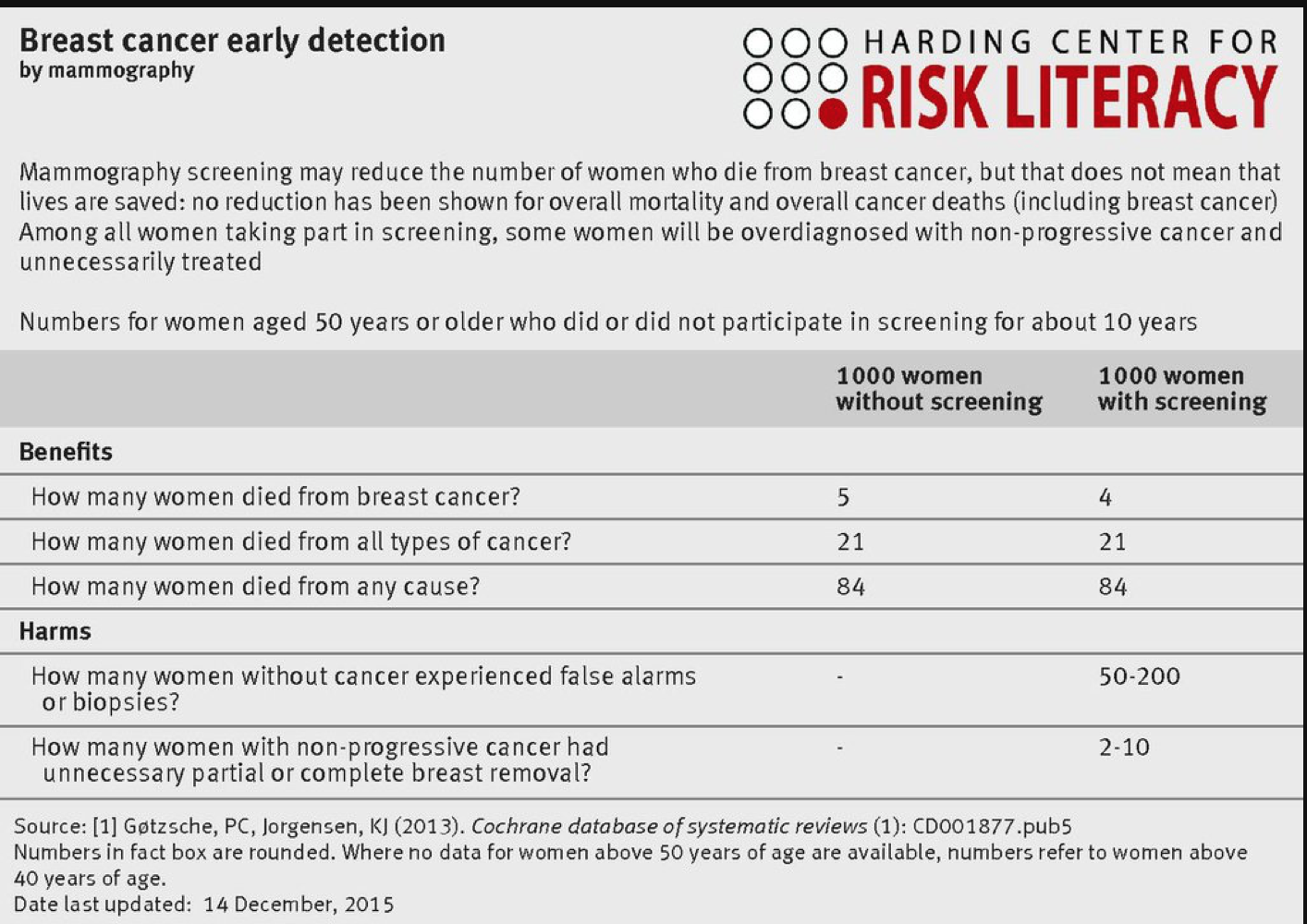 It turns out that when overall death rates are measured in those who are screened versus those who are not screened, there is no difference. Look at the mammogram graphic taken from a Cochrane Database review. See the third line down: “How many women die from any cause?”

The problem lies in endpoints. Some of the screening tests do indeed lower disease-specific death rates, that is, a mammogram may slightly lower the rate of death from breast cancer. But that does not translate into a longer life. It’s the same with prostate and colon cancer screening.

Why would lowering the rate of death from a specific type of cancer not translate to longer life? Why would so many people look away from the evidence? What should we do about these revelations?

Take a look at my column: In Cancer Screening, Why Not Tell the Truth