[Dr.] Salazar said of the treatment, “We provided oxygen for him. We started an IV. We did chest compressions on him and defibrillated him, provided some electricity to bring a rhythm back to his heart, and that was successful with one attempt, which is very reassuring.” 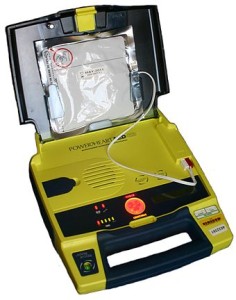