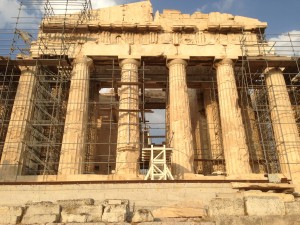 Iâ€™m writing this from home. The travel back was uneventful and I actually got a little caught up in the office Friday. It was a fun trip but getting back to doctoring felt good.

The second amazing thing about Gap-AF was that the researchers took every patient back to the lab to look at the status of their veins. Thatâ€™s shocking because it meant exposing patients to the risk of a second procedure whether they were symptomatic or not. This would not past muster in most ethics review boards. But you learn a lot from re-studying every patient.

Gap-AF added significant knowledge to the world of AF ablation. Hereâ€™s my post on theHeart.org. 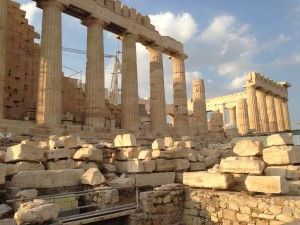 The next penicillin in the field of medicine is genomics. Letting your genome guide therapy is the future. Already, for profit companies that offer blood tests for certain genetic defects are marketing their wares to doctors and patients. In Cardiology, you can test for gene abnormalities that associate with unusual diseases like Long QT syndrome, Brugada Syndrome and various cardiomyopathies. The hope is that knowing the genes (genotype) will help sort out the best management of the disease (phenotype).

You can likely guess where this story is going. With early technologies, promise always surpasses reality. Genetic tests, as do all tests in medicine, require context. They must be interpreted with nuance and be grounded in knowledge of the disease and limits of the test.

At EuroPace 2013, I attended a session given by one of the worldâ€™s foremost expert in genetic disease of the heart. Dr. Michael Ackerman (Mayo Clinic) gave a session on Five Reasons Not to do Genetic Testing. Itâ€™s a highly relevant topic for the real world because too many of the early adopters donâ€™t quite grasp the limits (and dangers) of these tests. I too once made the mistake of ordering a gene test in a patient without a clear phenotype. The problem with gene testing is the tremendous signal to noise ratio. Dr. Ackerman urges us to stay out of genetic purgatory. Here is my post on the matter over at theHeart.org.

The Heart.org requires you to join to read the article.

Very interesting to hear that leaders like Dr. Ackerman actually discourage genetic testing. There is definitely a ferver right now to use the technology as a general screening tool. Patient education is definitely key. Thanks for sharing!