Over the past 16 years, the Boston AF Symposium has earned a reputation for excellence.Â  Dr Jeremy Ruskin, the meeting’s senior director and founder, squeezes more learning into three days than would seem possible.Â  It’s a mystery how he gets that many of Earth’s greatest AF-doctors to Boston in January.

Though this year’s edition coincided with a blizzard, I made it to the waterside conference center just in time.

Here are a few highlights:

In ablating intermittent (paroxysmal) AF, the big story was that AF-recurrence rates after an initially successful ablation are way too high.Â  All AF-doctors are struggling with this reality, and we all hate that phone call form the post-ablation patient who has recurrent AF. Â  In most cases, AF comes back after ablation because the burns were not durable.Â  But why not?Â  Unfortunately, for this answer, we will have to wait. People have ideas but no one has definite answers.

Except, of course, Medtronic argues that they may own a better tool for ablating AF. 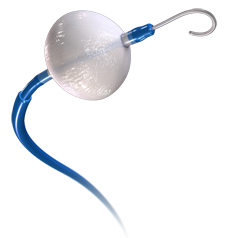 For the first time ever in adult ablation, freezing may have a fighting chance against burning.Â  Medtronic’s recently released cryo-ablation balloon catheter (Arctic Front) looked quite promising.Â  When the Stop-AF trial was released earlier this year, the primary concern of freezing in the left atrium was safety.Â  What I heard, from experts that I respect, like the outspoken Karl-Heinz Kuck from Hamburg, Germany, was that the feared complications of cryo-ablation–phrenic nerve injury and PV stenosis–can be largely avoided by simple technical maneuvers in the EP lab. I look forward to earning more about this new technology.

In ablating long-standing (permanent) AF, the major story was that there are far more questions than answers.Â  Perhaps the meeting’s most lively debate was on how best to ablate chronic AF? Â  The choices spanned the entire spectrum of aggressiveness: from the minimalist approach of the University of Pennsylvania group, who isolate the PV areas, any ancillary triggers and that’s it; through the stepwise Bordeaux approach which calls for PV isolation plus lines in the left atrium until AF organizes into something focal that can then be ablated; to the most aggressive, burn-every-left-atrial-signal approach advocated by the group in Austin Texas.

In the end of the ablation sessions, there were many questions and few answers: 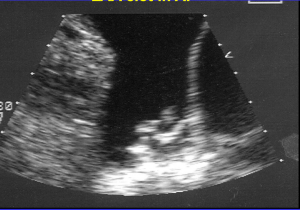 Stroke prevention in AF means dealing with blood clots that form in the left atrial appendage.Â  The LA appendage has nooks and crannies that, in the presence of a non-contractile fibrillating atrium, act as excellent sources of clot formation.Â  When these clots dislodge they often travel north to the brain and cause devastating strokes.Â  There are two ways to approach LA clots: with blood thinners, or exclusion of left atrial appendage.

Until this fall, the only medical option to prevent strokes in AF was warfarin. Now, in non-valvular AF, we have the novel new warfarin-substitute, dabigatran (Pradaxa).Â  It was surprising to hear that more than one expert suggested that all patients with non-valvular AF should be offered the new drug–even those doing well on warfarin.Â  That’s a tough call at the moment, but without doubt dabigatran looks like a potential blockbuster.

We also heard that Boehringer’s monopoly will not last long.Â  There are other blood thinners on the horizon.Â  Look for the Factor Xa inhibitors, rivaroxaban, apixoban and edoxaban, to be approved in the near-term.Â  In total, these new blood-thinners will eventually replace warfarin.Â  Thank goodness.

Another cool feature of the Boston AF symposium is that it always looks far into the future.Â  For stroke prevention, the future may include devices that occlude, tie-off and otherwise remove the left arial appendage.Â  Co-course director and incessant tinkerer with cardiac devices, Dr Vivek Reddy showed some dazzling examples of LA appendage isolation devices.Â He always shows such devices, but this year, it looked like some of these gadgets are approaching prime-time, or said another way, something I could do.

I am already looking forward to next year’s conference.

The year in AF will be exciting. Â Look for reports on our actual experience with the cryo-balloon, approval of another blood thinner to compete with dabigatran, and perhaps some more information on increasing the durability of RF lesions.