Skip to the content
This very important study on the importance of fitness in early adulthood almost passed me by.
That is, until this sign at Walden caught my eye… 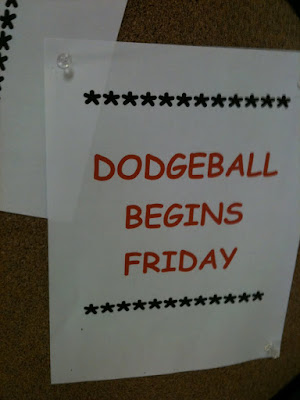 Here is a study linking cardiovascular fitness in early adulthood with increased intelligence, better performance on cognitive tests and higher achievement later in life. In other words, being fit makes you smarter.
First, a note on science in the mainstream news. It is become popular for the mainstream media to disseminate scientific studies. Frequently though, these are very poor studies characterized by erroneous methodology and faulty conclusions.
Please do not believe everything you read on the internet. Always consider the source and the nature of the study. For example, note the journal publishing said article; is it the Archives of Slovenia or the New England Journal of Medicine? Look at the actual data like the size and scientific rigor of the comparisons. A PhD is not required, just common sense.
Let us consider this very provocative study. As background, many modern day educators have told us there is not enough time for daily gym class. Too much curriculum to get through. This aggravates a master of the obvious.
Here we have a study published in the Proceedings of the National Academy of Sciences (PNAS.) PNAS is one of THE science journals. It is the pinnacle of science. PNAS says pay attention – this is real science. This study enrolled 1 million men in Sweden. One million men had their fitness assessed at conscription for military duty and then were followed in national databases for scholastic and socioeconomic status later in life. The results showed better aerobic fitness (not muscular strength) predicted higher cognition and achievement later in life.
At the risk of sounding like the guy who mind numbingly restates the old adage, “back when we were in school….,” it seems obvious there should be time made for regular physical activity through early adulthood.
Not only, will regular exercise in our children fend off the ravages of diabetes, hypertension and obesity, but it is now clear that it makes one smarter.
On the way to school with Will, I ask with envy, “Will, do you have gym today?” He responds with a satisfied grin, “yep.” Remember how you looked forward to the school days with gym class?
Obviously…
JMM

One reply on “A note to our educatorsâ€¦On Gym Class”

I checked you site out after you left me your nice comment. Enjoyed your most recent posts with your perspective and writing style. Well done!