The good news: Patients with heart disease have enjoyed great advances in stroke and heart attack prevention in the last few years. The bad news: most of these advances have involved novel new blood-thinning drugs.

The idea of blood thinners is quite simple: Heart attacks and strokes most often stem from clotted blood. The same clots that save your life in the event of injury can also cause abrupt closure of critical arteries that supply blood to your organs.

Our strategy then, is to thin the blood enough to prevent clots from plugging vital arteries, but not so much as to cause uncontrolled bleeding. This risky and delicate processâ€”that doctors call anti-coagulationâ€”engenders great emotion and consternation.

One reason is that patients who are well at the moment must take a blood-thinner to prevent an event that may (or may not) occur in the future. In other words, we ask patients to incur increased risk now for a decreased risk later. Thatâ€™s often a tough sell. 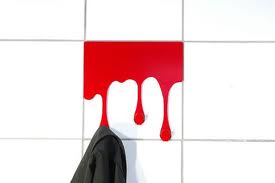 Another reason for worry: thereâ€™s something extra scary about bleedingâ€”for both patients and doctors. The sight or thought of blood, in all its viscous redness, depolarizes our fear centers.

Take this recent AF patient I saw as a typical example: She had multiple risk factors for stroke and only a few for bleeding. Every expert in the world would have agreed that a blood thinner would greatly reduce her risk of disabling or deadly stroke. But yet, this patient simply could not get her brain cells past the fear of bleeding to death. For her, and for many patients and doctors, the overwhelming scientific evidence on stroke prevention loses to the fear of redness.

Letâ€™s talk a little more about the fear of bleeding, and the new blood thinners, like dabigatran (Pradaxa) and rivaroxaban (Xarelto). One could also add in the un-reversible anti-platelet drugs, clopidogrel (Plavix), Prasugrel (Effient), and Ticagrelor (Brilinta). Though all these drugs have been proven effective and safe in large-scale carefully-done clinical trials, fear continues to limit their usage.

And one fear in particular looms large: the lack of a reversal agent.

In fact, one of the hottest topics in Emergency Medicine these days involves the reversal of blood thinners. Itâ€™s an area rife with complexity and misinformation. Also missing from the reversal literature are good data on outcomes. This is an important point. Let me try to explain: Large infusions of human blood products, called fresh frozen plasma, and vitamin K [or alternatively, infusions of Prothrombin Complex Concentrate (PCC)] can reverse the effects of warfarin in a matter of hours. In the setting of a major bleed, rapid reversal may make a difference. Or it may notâ€”especially in the case of brain bleeding. Dabigatran and rivaroxaban, on the other hand, have no reversal agents; but their effects dissipate quickly.

What we donâ€™t know is whether these biochemical differences in drugs affect outcomes. We would need to compare thousands of cases of serious bleeding. That data isnâ€™t available, and probably never will be. We do know, however, that more than 50,000 AF patients have been enrolled in trials comparing novel blood thinners to warfarin, and in all three studies, a trend towards lower mortality was seen with the new blood thinners. This fact strongly suggests the lack of reversal agents may not be clinically significant.

One way to explain this to patients who are candidates for a blood thinning medicine goes something like this:

In the clinical trials comparing warfarin to the novel blood thinners, itâ€™s clear that patients taking dabigatran and rivaroxaban suffered fewer strokes, intracranial bleeds (the worst kind) and major bleeds. So which strategy is better: having a far lower risk of stroke or serious brain bleed in the first place, or being on a drug that may be reversible in the event of a catastrophe? I favor the notion of not having the brain bleed in the first place. As far as trauma goes, I know of no definitive data comparing real outcomes of patients on warfarin versus novel blood thinners.

Two things remain certain about the new blood thinners: First, which ever company comes up with a reversal agent for their blood thinner will gain a great advantage. Why? Not because of improved outcomes; rather, having an available reversal agent will serve as an effective salve for fear.

Second, for patients, it’s far better to avoid the need to take a blood thinner. You know what that means.

For an outstanding review of anticoagulation reversal, I would recommend Dr. Rob Ormanâ€™s recent podcast at ERCast.org. The 56-minute discussion with hematologist and Indiana native, Dr. Tom Deloughery taught me a ton. For medical people, this podcast is well worth the listen.

John, I’ve been following the new blood thinners with considerable interest, as a once-practicing hematologist and as a patient who’s been on coumadin. Thanks for writing on these.

Hi John. Today I will play “Devil’s Advocate” regarding your newest post about dabigatran and rivaroxaban. I totally understand and appreciate your enthusiasm for the new blood thinners. I totally admire your wonderful approach evident in numerous issues of your blog in talking to patients in language they can understand, so that they can make full informed consent decisions regarding their health care – even when such discussion may deter them from opting for the very procedures that you are so skillful in doing (AF ablations, ICD/Pacer insertions, etc).

That said – the manner in which things are explained is everything – and I must take issue with your suggestion in this post for “one way to explain this to patients is” – in which you say … “it’s clear that patients taking dabigatran and rivaroxaban suffered fewer strokes, intracranial bleeds (the worst kind) and major bleeds. So which strategy is better: having a far lower risk of stroke or serious brain bleed or being on a drug that may be reversible in the event of a catastrophe? … ”

I agree that the issue of “fear” (esp. regarding lack of a reversal agent) may be overplayed. But I do not think the data thus far is nearly as definitive as is implied by the language used above. First, while many thousands of patients have already been studied – one does need to keep that sponsorship of the studies is by Big Pharma who stands to make billions. This is not to say that all such sponsored studies are necessarily flawed – but only that there are many subtle ways pharmaceutically-sponsored studies can introduce bias because of potential for huge secondary gain. Marketing for these newer blood thinners has already been no less than exuberant.

The ACC/AHA Task Force on Practice Guidelines (JACC 57:1330, 2011) – recommended Dabigatran as “an alternative to warfarin for stroke prevention in patients with nonvalvular AFib who do not have severe renal or liver disease” – though their data (mainly from the RELY Trial – 18,000+ patients) seemed less than overwhelming (1.71% vs 1.54% stroke rate for coumadin vs 150mg bid dabigatran; and 3.57% vs 3.32% for major bleeding rate for coumadin vs dabigatran – with a higher rate of myocardial infarction in the dabigatran vs coumadin group = 0.81% for dabigatran vs 0.64% for coumadin).

Conclusion from ROCKET AF Study – YES, Rivaroxaban did seem to come out somewhat better – though to me the differences are not overwhelming when one considers:

i) If the intracranial hemorrhage rate difference is 0.8% vs 1.2% – that is a 33% reduction when viewed as an absolute risk – but NNT (number-needed-to-treat) assessment means that there would be only 1 less bleed for every 250 patients treated (which viewed in that manner is not overwhelming to me).

ii) The study was sponsored by Big Pharma.

iv) Warfarin was within the therapeutic range only 55% of the time …. I realize that the “artificial setting” in which I served as faculty in a primary care training program for 30 years (in which we had a readily available Pharmacy service) is not typical for primary care practice. But to me – while 55% may represent what occurs in some (many) communities – that’s not a very good standard to use in an anticoagulant comparison study (one of the subtle ways in which pharmaceutically-sponsored studies may bias readers – as finding wasn’t part of the conclusion …). One would presume in such a study that follow-up should be ideal – and attaining no more than a 55% rate of therapeutic INR times to me suggests there may have been suboptimal oversight in the warfarin patients …

BOTTOM LINE: The new line of anticoagulants holds huge promise. These drugs are very expensive – but they do offer an alternative with important potential advantages compared to warfarin. They offer convenience (no need for monitoring; easy dosing) – and there may be slightly less major bleeding – but they do not have reversal agents. They may be preferred in certain settings to warfarin – and when fully explained the pros and cons of warfarin vs dabigatran/rivaroxaban, some patients may clearly opt for the latter (presumably if they are not paying directly for these drugs …. ) – but an “open-and-shut-slam-dunk” difference I do not believe has yet been demonstrated.

THANKS for listening to my Devil’s Advocate pitch. Let me emphasize again that I LOVE your blog – and I totally love your clinical approach to medicine as well as to other life matters!

Would a medication such as tranexamic acid (TXA) be considered in trauma patients who are on dabigatran?