Who knew that a having a nuclear stress test might put you at risk for suspicion of terrorism?

No, I am not making this up. A famous medical blogger, known as the Skeptical Scalpel, cited this bizarre news report of a CT firefighter who was stopped by the state police. The unsuspecting public servant was just driving by inconspicuously when a patrol care pulled him over. Yes, in this case, the driver could rightly say he had done nothing wrong.

A sensitive device in the patrol car detected radiation as the motorist drove past. It turns out that the firefighter had undergone a nuclear stress test earlier that day. First off, I had no idea that police had sensitive radiation detectors, and secondly, I did not know that patients who had nuclear stress tests were that hot. (But my lack of knowledge is neither new nor notable.) Letâ€™s move on.

The ever skeptical, Skeptical Scalpel, direct messaged me:

“Did this man need a stress test?”

His post went on to question the rightness of stress testing in non-symptomatic patients. He wondered about the over-testing of American patients and the role such practices play in advancing medical costs. He asked for my opinion. I started to write a comment on his blog, but then I thought it had gone on too long not to share here. (I know; that’s weak.)

Here is my answer:

Ah…Your question stirs the pot in so many ways. It pokes at the essence of the debate in Medicine today. Has a young man been over-tested, and radiated needlessly? Does this case highlight what ails us so? Does it strengthen the tailwinds of the Choosing Wisely movement?

Allow me some leeway. Let me offer the low-inflammation idealist view and then counter with the cynical take.

The idealist view: ; Many patients with high blood pressure harbor non-specific resting ECG abnormalities. These baseline changes preclude reliable interpretation of the stress ECG. It makes sense, therefore, to add an imaging procedure to the stress ECG–in the name of greater specificity. (You can argue the merits of stress Echo v. stress Nuclear all day. Thereâ€™s no general agreement. Both tests have their positives and negatives.)

The cynic, on the other hand, would say the patient had a stress nuclear because it’s reimbursed at a higher rate and the cardiologist needs to pay for the camera that he invested capital in.

The right answer here, Iâ€™m not sure. I can say that people who persistently take negative outlooks may have a higher risk of stroke.

Why would an asymptomatic patient get any stress test in the first place?

The idealist argues that vocations such as firefighters warrant increased scrutiny and perhaps a nod toward looking for disease more aggressively. Itâ€™s why the FAA vigorously screens pilots. Us folks who live under glide slopes appreciate that. Doesnâ€™t this nuanced approach make sense?

Yet the cynic asks where he would find the evidence base supporting this line of reasoning? Doubters of doctors donâ€™t like the answer: we do extra testing in some patients because of clinical judgment and common sense. They take that as code to justify doing more lucrative tests.

On a non-medical note:

Finally, Dr. Skeptic, you left out the whole notion of police using sensitive screening tests on low-risk citizens of a free country. Whatâ€™s more, you made no note that a citizen who was minding his own business needed a note from a doctor to prove his innocence. I thought such was assumed. (What if his doctor was off on a bike ride?)

Thatâ€™s all I will say about that.

Of course this man benefited from a stress test. His doctor listened to his symptoms, considered his high-risk job, assessed his physical findings and came to a shared decision in a patient centered model. Together, inside the warm confines of a medical home, the informed patient and enlightened doctor decided that a nuclear stress test was the best means to stratify his risk of heart disease.

Why so negative my friend? 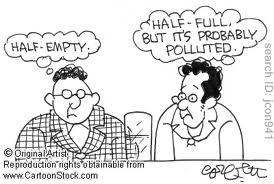 P.S. I’m a huge fan of the Skeptical Scalpel. He offers great insights into doctoring, thoughtful commentary on social anthropology and frequently jolts fond memories of my surgical rotations. He’s worth adding to your twitter or reader feed.

4 replies on “Did the radioactive firefighter need that stress test?”

I think this is a great story, but only in so much that it get’s a chuckle out of the unintended consequences of walking around after a nuclear stress test.

It calls to mind a story from my fellowship that comes up from time to time at social gatherings. I was on my rotation in the Heart Station doing stress tests. We had a leaky IV and some Thallium splashed on me. They made me put my shoes into a lead box and change my scrubs.

When I got home to my (then pregnant) wife, I called up the stairs, “Honey, I’m radioactive!” Needless to say I then spent the night on the couch.

Beyond that laugh, we really are treading into unknown territory. Based on second or third hand information, we really don’t know why or whether the fireman should have had his stress test. I do agree he looks pretty healthy in the picture, but what do we really know? Speculating on the indications for his stress test is Monday morning quarterbacking at its worst. It makes us doctors guilty of the same type of half assed quality review that we complain about daily.

Pretty funny anyway. Just try not to draw too many lessons.

GREAT Blog! The city used to mandate all policeman and firemen get “screening ETT” (stress tests) every few years. Doing so taught me how to do ETTs in the office (and allowed me to teach our residents and my fellow family physicians nationally) the procedure.

Bottom Line (I think) in John’s witty post: Don’t do “screening ETTs” in asymptomatic subjects looking for CAD …. (with possible exception if the person was previously sedentary and about to begin vigorous exercise, and you wanted some criteria for appropriate exercise prescription).

ummm…Next time a cardiologist wants to do a nuclear stress test I’m probably going to question it more.