The Biology of Omega-3 fatty acids: (Just a little science:)

When fish, flax-seeds or Brussels sprouts pass through the intestine, pancreatic enzymes transform the fat to free fatty acids. These acids are quickly taken up by the cells. Once in the cell, these fatty acids enter the mitochondria, endoplasmic reticulum and cytosol–places that you might recall because your mom helped you make a Cell sponge cake in 7th grade Biology.

In the cells, the Omega-3 fatty acids (ALA, DHA and EPA) exert their healthy influence in three major ways:

How do these (good) fats help our bodies?

–Omega-3s get in the cellular (not phone) mix and end up competing with chemicals that cause inflammation—medical people say they antagonize bioactive mediators of inflammation.

–Newly-discovered by-products of Omega-3s are important in the resolution phase of inflammation. Biochem people call these chemicals, resolvins. All you have to remember here is this: to resolve (inflammation) is heart-healthy.

–When omega-3s are incorporated into the membranes of cells they do a lot of good: things like making the membrane more fluid and less sticky. For some reason, they even block genes that induce hardening of the arteries. (Genomic effects.)

Omega-3s benefit the heart: They…

–Reduce high triglyceride levels: In high doses (3-4 grams per day) one might expect a 20-30% reduction of triglycerides levels.

–Enhance insulin-sensitivity: This is a huge positive because greater insulin sensitivity means lower levels of insulin. Since insulin promotes hardening of the arteries, the lower the level of insulin, the better.

Do the seemingly beneficial biologic actions of omega-3s translate to a real benefit? What do clinical trials with omega-3s show?

Before I tell you about the Omega-3 trials, let me introduce the basics of how medical people judge whether the science shows that a treatment works.

Medical people call studies that look at hard endpoints, like heart attack, stroke and death, outcomes trials. Consider the example of a drug like Torcetrapib, a pill that reliably increased HDL levels. Since elevated HDL levels are associated with a lower risk of heart disease, it was assumed that the drug would be beneficial. But when outcomes studies were done on patients taking Torcetrapib, the higher HDL levels did not translate into benefit. In fact, the drug made people worse.

Ultimately then, the question with omega-3s, as it is with any medical treatment, is not whether bio-markers change, but whether people live longer, with fewer heart attacks and strokes.

With hard endcpoints in mind, let me tell you about a few of the major studies on Omega-3s and heart disease.

The DART trial (1989-Lancet) looked at 2100 patients after heart attack that were given only dietary advice. Amazingly, there was a 29% reduction in the death rate of those patients told to eat more fish.

A decade later, the GISSI-Prevenzione (1999-Lancet) investigators looked at 11,324 patients after heart attack who were given either Omega-3 supplements, Vitamin E, both, or neither. Subjects that took fish oil enjoyed a 20% reduction in overall death rate, and a 45% lower rate of sudden death. (Vitamin E had no benefit.)

The JELIS trial (2007-Lancet) looked at 18,645 Japanese patients with high cholesterol that were randomized to EPA supplements (1.8 grams/day) plus statins or just statins. Though the LDL level decreased equally in both groups, the EPA-treated patients had 19% fewer coronary events.

So far, all these studies considered high-risk patients or those with documented heart disease. When one looked at a group of lower risk patients, say 3000 men from South Wales with chest pain (angina), it turned out that those who received advice about eating more fish were more likely to die from a heart-related event. Contradictory studies like this one highlight the vagaries of looking at add-on treatments like Omega-3 supplements.

Another confounding problem with the Omega-3s are questions about what is the best dosage. The Alpha-Omega investigators (2010-NEM) randomized 4800 post-heart attack patients to low dosages of Omega-3-containing margarines. Cardiac events were not lowered by any of the beneficial margarine combinations; but was the inefficacy of Omega-3s in this trial the result of inadequate dosing?

They surely should. I have already told you that omega-3s decrease inflammation, lower resting heart rate, and enhance heart rate variability. Combine these actions with their known ion-channel blocking properties, and it’s easy to assume the evidence will point to a benefit. (And If I made money selling supplements to you, this is where I would stop.) But…

What are the downsides of taking omega-3 supplements?

Through their beneficial effects on lower platelet activity, the Omega-3s slightly increase the bleeding time. However, there are no reported cases of abnormal bleeding because of fish oil. Medical people say the bleeding risk of Omega-3s is clinically insignificant.

Mercury contamination of large predatory fish is a controversial health topic that is beyond the scope of this post. It seems fair to say, however, that no amount of mercury is healthy. Most high-quality fish-oil supplements do not contain mercury.

Omega-3s may also cause nuisance side-effects like, a fishy after-taste, bloating, and belching. Ick, that sounds worse than quinoa.

The American Heart Association (AHA) recommends that we eat more fish—at least two servings per week, along with plant-derived omega-3 fatty acids. (Note: Fried fish sandwiches on white bread with French fries does not count as your fish and vegetable!)

The overwhelming majority of people could improve their heart health without swallowing fishy pills. Most could exercise more, eat better foods (more plants and fish), and go to bed a little earlier.

And for those still looking for extra credit in heart health, there are still these bonuses: 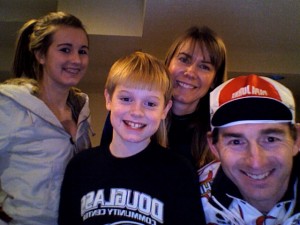 and the healthiest bonus of them all…