Exercise is good for you.

It forms one of the triads of health: good nutrition, good movement, and good sleep.

However, like in life, too much of anything is counterproductive, even destructive.

I have long struggled to explain the steady stream of hyper-fit, uber-athletic endurance athletes who see me for arrhythmias.  A membership in the cycling world has always sufficed as my answer to explain this paradox. They know me, that’s why I am seeing so many arrhythmias in athletes–a selection bias of sorts.

There is more to the story.  As presented at the recent ACC meeting, a thirty year study of Norwegian endurance athletes revealed an increased incidence of atrial fibrillation.  Upwards of twenty percent developed AF. That this exhaustingly long study confirmed other reviews only strengthens the validity of the results.  Moreover, the data support real-life observations of many electrophysiologists.

Exercise is healthy, so how can it be that an arrhythmia associated with disease states like high blood pressure, diabetes, obesity and sleep apnea is also afflicting the seemingly “extra-healthy?” 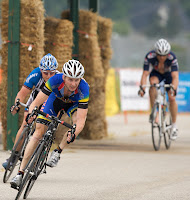 Inflammation.  I believe overall health is linked to the degree of inflammation our bodies are immersed in.  Like “plastics,” in The Graduate, it is inflammation in the body.

In endurance athletes, excessive inflammation stems from the repetition and intensity of the stressors. Endurance athletes are for the most part over-achievers.  They rightly believe in the ethos of hard work. But their denial of the asymptote of the performance plateau, manifests itself in the mistaken notion that enough perseverance, and hard work will overcome their genetic limitations.  The idea that riding more can make them like Lance, leads to the inflammatory response of over-training.

Excessive training of any sort, be it running, cycling or nordic skiing results in imbalance.  An imbalance of training results in poor quality sleep, electrolyte imbalance, and an overall excess muscle breakdown–a chronic catabolic state.  Combine these factors with excessive catecholamine stimulation and frequent dietary indiscretions, and like a bacterium on an antibiotic-free petri dish, AF can flourish.

If you need more pure science, here is a well done very recent study from Vanderbilt, which showed significant increases in inflammatory bio-markers in patients with AF.

Additionally, an athlete’s low heart rate often thought of as an indicator of fitness may paradoxically, create a favorable milieu for AF.  It is well known that many cases of “lone” AF (AF not associated with structural heart disease) are vagally mediated.  In fact, stimulation of the vagus nerve in animal models easily promotes AF.  Vagal tone is highest at times of rest, like during sleep, or after a large meal.  Athletes, by virtue of the fitness effect, live in a constantly high vagal tone.

The non-believing endurance athlete will argue:  Ok maybe I am susceptible to arrhythmias, but at least all this training will protect me from a blockage-related heart attack.

Wrong again, more of anything is almost never better.  Also presented at ACC, a study showing increased calcium build-up in the coronary arteries of frequent marathon runners.  Chronic stressors were theorized as the culprit–in other words–too much inflammation.  A google search of the words heart attack and marathon reveal much confirmatory evidence. The data are not for the faint hearted.

Exercise is unequivocally good for us, and most Americans need more of it. For a select few who are drawn to the sensations of endurance athletics, do not be mislead into believing that more training confers more health.  It is likely the opposite.

PS:  The blog cocoon –as it is called at home– teaches me much.  You see, writing and reading has left less time for riding.  Paradoxically, I seem to ride faster now.  Go figure.