Did you know September is AFib awareness month?

As a believer in education as the first, and best treatment of AF, I think it’s great to enhance the public knowledge of this highly-misunderstood disease.

Tell them that their fatigue, poor exercise tolerance and breathlessness might not be old age; it might be AF.

Tell them about the importance of early intervention.

Tell them that obesity, inactivity, sleep disturbances, alcohol, and incessantly worrying about everything makes AF more likely to occur, and to stay.

Tell them that there are specialists that spend almost their entire day (minus the time it takes for paperwork, clicking the e-chart and doing time-outs) treating AF. We are called electrophysiologists.

You could even enroll a celebrity to the cause–as no one wants to hear from masters-aged endurance athletes who have inflamed their atria to the point of quivering.

Yes. By all means, get Barry Manilow to tell his AF story. Put it on a flashy website and call itÂ  GetBackInRhythm.com.

Oh, the irony. It seems Mr Manilow is advocating a rhythm-control strategy for AF. That’s reasonable. The problem here, my friends, is that he is partnered with Sanofi, makers of the expensive, poorly-tolerated, ineffective and embarrassingly over-hyped drug, Multaq. I’ve said it before, but I guess it has to be said again: Multaq simply doesn’t work to control AF. Nearly everybody that isn’t paid by Sanofi admits this.

What inflames me most about Sanofi’s refusal to curtail the egregiousness of promoting Multaq is that it gives everyone in this business a black eye. Critics of industry involvement with doctors point to the Multaq debacle. They say this: (my translation)

Hey…Sanofi pays for clinical trials rigged to make the drug look better (they use surrogate, composite endpoints, like hospitalizations; not AF control). Then they pay academic leaders to tout the drug. It turns out that these same leaders also write the guidelines, so it’s little surprise that Multaq gets written prominently in the AF treatment algorithm.

Call me naive, but I strongly disagree with those that argue that Sanofi’s boondoggle (with Multaq) is the rule with industry involvement in medicine. Modern medicine is where it is today due to the innovation–and marketing–of proprietary therapies. Life-saving medicines like ACE-inhibitors, Beta blockers and Statins were all once highly-touted branded drugs. (Ask my ICD patients that keep on trucking year after year about the benefits of these medicines.) Their makers paid thought leaders to educate, and to promote a drug that helped many more than it hurt.

This paradigm is still the rule that I see in the real world. The most recent example of such symbiosis is Boerhinger-Ingelheim’s Pradaxa–a highly-marketed, yet highly-effective medicine. 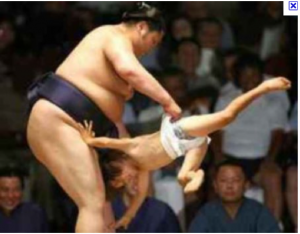 But somehow I doubt it.

Why can’t I get the word futility out of my head?

13 replies on “Get back in rhythm: just not with Multaq”

September is a month with many diseases but we have not heard of this one. Great to know it’s A-Fib awareness month too.

I was briefly on Multaq and it didn’t do anything to keep my heart rhythm regular. It did a good job (albeit sometimes too enthusiastically) keeping my colon regular, so perhaps its not a useless medication after all.

futility is the way of the world. thanks much for the facts re multag; and always the knowledge you share about af. i can never get enough. when can we have your thoughts/facts about xarelto. it’s been mentioned in the blog before but i don’t think in the depth that is you. if i’ve missed anything please let me know so i can catch up. thanks.

Multaq is just the new Amiodarone, a drug with 14,000 pages plus of adverse reaction reports filed with the FDA (who, by their own estimate, feel that such reports are only filed in 10% of cases). Sold under its generic name, or as Pacerone or Cordarone, these are nasty drugs with deadly side effects, chief among them fatal pulmonary toxicity, fatal liver disease, blindness. It was meant to be a drug of last resort for AFib, but is handed out like Pez by cardiologists, who then often attribute their elderly patients’ deaths to COPD, pneumonia or other causes. I would encourage anyone prescribed any of these drugs to do copious research before agreeing to take it.

Marla, is exactly right. Amiodarone killed my husband through IV in hospital in 3 weeks. When are doctors going to realize that these so called “miracle” drugs are killers and start telling the truth to themselves and patients, instead of “Oh no, it’s not the_(Fill in the blank)_____________ “, __________does not do that”.
Or, do they know the truth and are purposely using thes drugs to “Thin the herd”. ?

I stewed about approving this comment all day. I am sorry about your husband. I am sorry you feel this way. Yes…that’s all I will say.

Multaq: the most overhyped ineffective medicine I have ever seen. I was cornered by 3 Sanofi reps this week. “So any issues with Multaq?” “No, I don’t use it much. I have never had anyone stay in sinus rhythm longer than 6 months with it and the one guy who did got the runs from the drug.” This is followed by looks of shock and disbelief from the reps. I would council someone to eat a hot fudge sundae a day rather than take multaq. Same outcome.

I always thought it interesting that Multaq’s effectiveness was based on reducing hospitalizations, not controlling AF. I was on it for a few months, but in addition to not alleviating my arrhythmia symptoms, it caused QT prolongation, precipitating bigeminy lasting for hours.

Anyone on Multaq you know of that has had vivid, intense dreams and very poor sleep? I suspect it’s causing that in me. I’m discussing that now with my doc. Not sure whether it’s helping me with maintaining NSR after the cardioversion, or whether instead it’s the fact that I lost 65 pounds and got into much better shape before the cardioversion that’s helping me with the NSR.

I am currently on Multaq. Is it working? I am in NSR today… that is all I can say. I had stopped taking Multaq for a period of approx. 2 to 3 months and had continued to be out of NSR for that time period. I returned to a new EP and he put me back on Multaq to see what would happen. I agreed. He felt that a conversion would be forthcoming, but after 2 or 3 weeks, I converted spontaneously. I stopped drinking a year and half ago and try to exercise. I continue to supplement with mag. and pot. and take Pradaxa, Multaq and Diltiazem. I just turned 56 and really don’t know what else to do at this point. Someone suggested Ticosyn, but you have to be hospitalized to use it. I owe thousands of dollars today because of AF. I don’t want to go back to the hospital. I cannot stand living with AF hanging over me. I will eventually decide on either RF or Cryoablation. I know that technology is changing rapidly, but with changes, you then need to find someone with experience to use those changes. How do you get experience when something is new? I’ll just have to live with it…

How’s this for irony? Less than a week after I mocked Multaq in a comment above, my EP has prescribed it for me. Flecainide wasn’t working and Amiodorone would delay an upcoming ablation procedure.

I wish I could clone myself, with one of me taking Multaq, and the other not – just to see what I feel and what happens with SR. It was another sleepless night last night. I hate waking up at 3:30 and just laying there.

So what to do? If the Multaq truly is what is keeping one in NSR, then stopping it might start the afib again, but how do we really know. Sounds like from comments here and elsewhere, that it’s hit or miss, and it’s helpful with a small percentage of people.

I wish it didn’t make me so darn tired, brain fogged, forgetful and disturbing my sleep so much.

Ironically, we’re supposed to avoid caffeine, but with some of the meds, caffeine is the only thing that keeps us going during the day.

Jack, congrats on dumping the booze for a year and a half. Taking the magnesium is probably a good thing, as the body gets easily depleted of that mineral with long term alcohol use. It’s too bad tests for serum levels of magnesium are not routine for people with afib – at least that’s what I keep being told, and insurance typically doesn’t cover it – strange, since magnesium is sch n important component of the old ticker mechanism.

Now here’s an interesting development. This Barry Manilow/Sanofi website’s been recently featured on a U.K. heart failure site. Yesterday, I added a comment to their blog post with a link to your article, Dr. John, to which I have just received an offline response from the site editor (himself a Multaq user) telling me he would NOT be approving my comment or the link to your article because “things are just very different over here”.

Really? Brits with AF are that different compared to North American patients? Who knew?!