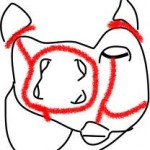 AF News Flash: Heart surgeons are on the case! An important trial comparing catheter ablation to surgical ablation for AF was reported at last month’s AHA meeting. The surgical ablation arm of the FAST trial used the newly-approved Atricure Synergy Ablation System. And onward goes the collegial tussle between heart doctors and heart surgeons. Before […]