It took me four years to convince my wife, Dr. Staci Mandrola, to join Twitter. Like many (previously) analog docs, Staci was resistant. “I don’t need another distraction,” went one of the arguments.

Yet I knew if she tried Twitter, she would love the medium. If you care about a topic, if you are curious, and if you are comfortable in your own skin, Twitter works. This is why I predict Staci will do well in the digital realm.

The one bad thing about @DrStaciM being online is that one of my secrets is out. All these years, I have had an advantage–sort of like cheating. How does a cardiologist know these things? Well, I have Staci.

In a post for the popular Hospice and Palliative care blog Pallimed, Staci explained why she became a public physician.

Staci is at the national HPM meeting in Philadelphia. I know many of you are interested in these topics. She plans to Tweet updates from the meeting. If you aren’t yet on Twitter, now would be a good time. Dr. Atul Gawande will be the keynote speaker. The hastag for the meeting is #HPM15. 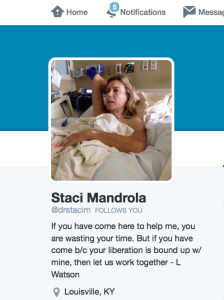 Second, I have tried to get Staci to change her Twitter avatar. I took that pic minutes after she woke from hip replacement–which she wrote about here: 10 observations from a 49 year-old falls risk.

Social media experts advise authenticity. That picture takes it to the extreme.

Here are two other images of Staci. 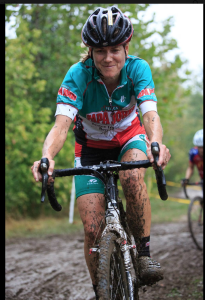 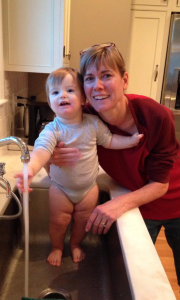 Dr. Staci Mandrola guided me, my family, and most significantly, my father, through the last days of his life. She is a highly competent physician and a saint to those in need of emotional support and guidance.

Can’t comment on her Sept 2014 post directly, so am commenting here: I love her statement that she teaches residents and fellows that “they must be present with any misdeed the human body, mind or soul can manifest and not make an eww face.” So true! We humans are already self-conscious enough about the ways our bodies betray us when we’re ill and it’s comforting when another person shows us they can separate the person from the incidental stink or bodily fluid.

As a physiatrist, I also heartily agree that “pooping is imperative.”