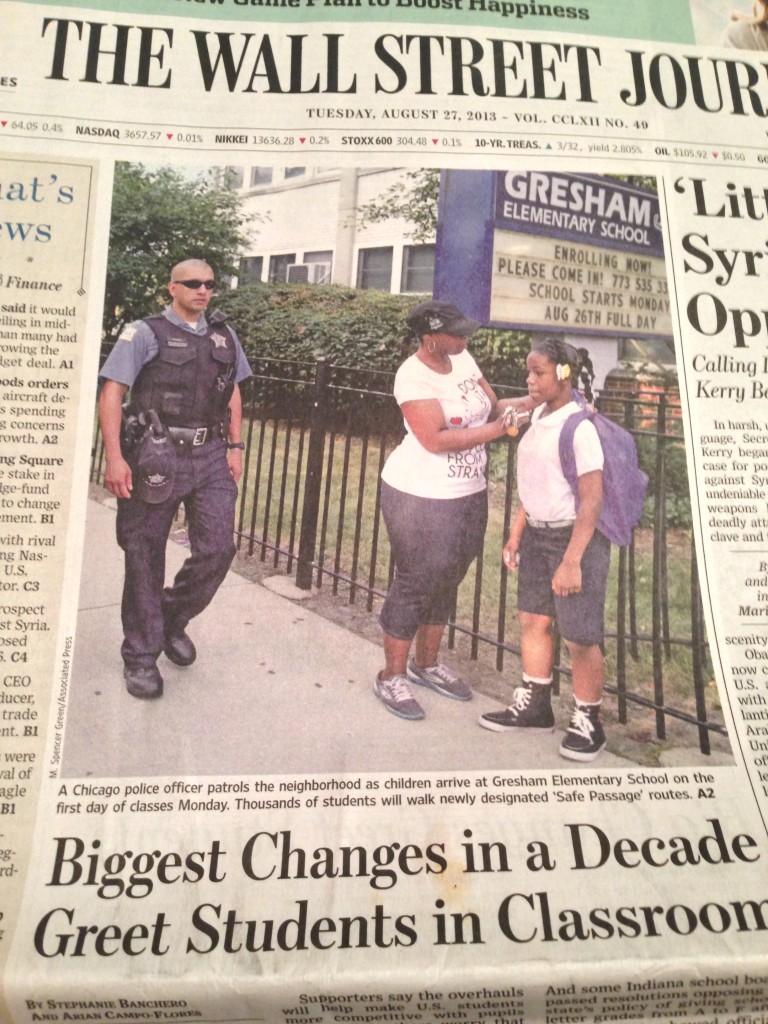 …we are in big trouble.

This is awful America. Just awful.

I think and write a lot about the effects of making treatment worse than disease.

This image makes me feel sad for my country. If you don’t think social fabric is important, look again at that image.

John – I agree with your comment. Yet the argument is that America is “safer” now because more people have guns and our politicians don’t feel simple background checks prior to allowing purchase of a gun is relevant. Go figure …

It’s not a factor of more or less firearms, it’s the factor of the intent of those in possession of those firearms. A firearm in the hands of someone not intent on doing any harm does not do any harm. On the other hand, those that represent the lowest of the low in terms of morality, that would employ violence for their own personal gain, can inflict great harm through firearms.

The fact of the matter is, background checks prior to purchasing a firearm are required. That firearms purchases do not require these checks is perhaps the most grossly perpetuated lie of the current anti-gun climate. The problem that arrises, is that the majority of firearms used for violence are not obtained legally, thus no laws will reduce their incidence of use.

The same Chicago pictured there has the strictest firearms laws in the nation, yet they also experience some of the highest incidences of violence in the nation. Chicago is among cities with the LOWEST prosecution rates of gun crimes (e.g. illegal purchase, illegal possession, etc.). If you’re not prosecuting the crimes how do you expect to reduce the crimes?

It’s a sad reality that in todays world, firearms are a necessary tool for survival. Those that are intent on doing us harm are plentiful, and without greater prosecution of those wrong-doers or greater protection from them, we are doomed to be at their mercy.

Michael – I truly get your point. I hesitated writing what I did – because whenever I express such thoughts, I am invariably answered with replies similar to what you wrote. This is the debate: Those in favor of guns for anyone who wants them totally deny even the possibility that less availability might have a positive role. I am fully aware that the problem isn’t simple. Instead, it is multifaceted. There is NO easy fix. We are caught within a vicious self-perpetuating cycle. Powerful NRA lobbies (big bucks) make meaningful discussion a dream. But in addition to improving mental health resources – reducing inequality between social classes – and doing all we can fathom to reduce malicious intent of those in possession of firearms – I strongly believe reducing the ease of anyone anywhere being able to arm as they please is an essential starting point. This is not the “cure” – and I realize my argument will again be met with all sorts of statistics purporting to show how much “safer” we are because of the increase in gun availability. I don’t buy this – and neither do the majority of Americans who support a bill for stricter background checks. I also realize it is futile to try to convince those in favor of guns to consider other options – just as it is futile to expect our politicians to make decisions based on what is best for the country rather than what is best for their political career and the almighty dollar.

I think the purpose of Dr. John’s post with the picture from the Wall Street Journal was simply to reflect how wrong and sad the current state of affairs is.

I’ll close by quoting Bill Clinton’s comment today at the MLK Celebration, “A great democracy does not make it harder to vote than to buy an assault weapon”. I agree with the purpose of Dr. John’s post: there is something terribly wrong with the picture on the front page of yesterday’s Wall Street Journal.

To start, President Clinton’s comment at the MLK ceremony was emotion and agenda driven, without a hint of truth. I can’t remember the last time I had a federal background check when I went to vote. Do you?

I think a more effective approach is to target criminals, rather than a broad spectrum or law-abiding citizens. Enforce the laws we already have. Punish criminals who commit crimes. Did you know often times a criminal who robs someone at gunpoint can get off with misdemeanor stealing and 30 days in jail? That means they’re still eligible to purchase firearms, and are out of jail in 30 days to go back to putting innocent people in danger. This certainly doesn’t help to prevent crime and violence in the least.

Michael – Dr. John’s Blog is NOT the place for a debate like this. As per my last comment, whenever I suggest that gun control might be one part (not the “solution” – but a part) of a plan to reduce violence – I am invariably met with arguments like yours that profess to have all the answers and discredit my every sentence. Let’s PLEASE STOP at this point – and simply agree to disagree. We need to open space for more constructive posting by Dr. John. It is HIS Blog – and we should not tie it up by engaging in a debate that has no end and no hope for resolution.

Reading the article (on page 2, not page 1) that goes with the picture – the issue is one of gang violence in Chicago, especially as kids have to cross through gang areas. What you see in the picture is part of their program to address this, called Safe Passages (more than just police – interesting article and approach).

It wasn’t a school shooting or an issue of background checks (in fact, what caused the outcry was a fatal beating) that caused this step, and background checks or more gun laws won’t fix gang violence (Chicago has some of the strictest gun laws). In fact, people interviewed in the article are saying that closing schools due to declining enrollment requires kids to walk through these areas to get to another school. Declining social fabric is important – addressing gangs, what causes kids to join gangs, and gang violence is needed. Hopefully Rahm Emmanuel and the city of Chicago will be able to find ways of fixing the problem beyond the “bandaid” of Safe Passages.

Considering what almost happened here last week, that image is very disturbing. I can’t imagine why our children are under attack in a place where they should be able to feel safe.

It looks like that kid is wearing a bullet-proof vest.

Interesting the headlines are centered out of Chicago with some of the strictest gun laws are based. These are the same types of laws we want implemented on a national scale? Sure we can still tighten up on gun regulation, but this is not the root of the problem. As Dr John states, can we not look to improving the “social fabric?”

There is a big problem… I’m Canadian, & I wondered if Dr John was upset about overweight. I thought the police officer just happened to be there… Until I read the comments, I honestly didn’t know what the problem is. May it never come to this here….
May God help you…..

Well, they can have my Big Mac right after they pry my cold dead fingers off the styrofoam container……whoa, wait, I was just going by the photo. I should have read the article first. And I’m not even from Canada….

It’s crazy how is giving students a “safe passage” route to school going to make them more safe?

The safe passage route is designed to protect them from being caught in the cross fire of gang violence. It’s not unusual for children to be killed by errant bullets. The social fabric in Chicago seems to be irretrievably torn.

John, now that you’ve expressed your outrage, perhaps you’d volunteer down at the Shawnee Medical Clinic and try to do something positive about the situation. I can get you the contact information if you’d like to get involved.