As chronicled in the WSJ: At some point in the past, Mr. Todd Schmitz was a regular guy who coached kids’ swimming. Not any more. Coach Schmitz has been thrust into the media limelight by virtue of his prime student, Olympic hopeful, Missy The Missile Franklin. But good fortune is not the only factor in Coach Schmitz’s new-found fame. It seems this leader of young people employs unconventional methods. 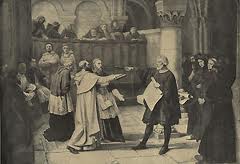 Mr. Schmitz believes in the importance of rest and play. He thinks the largest risk to athletes is burnout. In the world of endurance athletics, swimming in particular, the idea of training less and resting more puts him in the same boat that Galileo found himself in.

Beating dogma like a drum, Mr Schmitz encourages his students to have fun and get adequate rest. He wants them to do something really important: be kids. His success has come by not ruining good things. He lets talent flourish. He knows that people who enjoy a task perform it better.

You know that I see a larger picture.

Imagine. Close your eyes and imagine. Think big. What if schools gave kids time to play–outside and without white screens? What if over-achieving adults stopped taking themselves so seriously and carved out enough time to go outside and play? What if health policy wonks backed off the incessant quality measures and let doctors look up from their keyboards–and converse with patients? Do you think squeezing the fun out of medicine improves quality?

What if this world had more leaders like Mr. Schmitz?

P.S. Staci and I were indeed coaches once–of the mighty City Champions, St Agnes Aggies. This picture highlights the many differences in how Cardiologists and Palliative Care doctors approach matters. 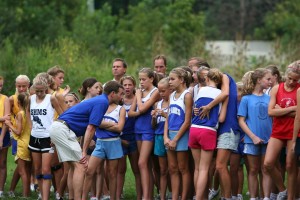 One reply on “Friday Reflection: If I were the coach…”