The decision to write about exercise-related topics on Wednesdays wasnâ€™t a coincidence. Across the globe, for cyclistsâ€™ with jobs, Wednesdays are frequently the training day. It’s that way here.

So it is that I often write a Wednesday post immediately after what you could call a robust ride. Some say spirited, or heavy. You get the picture. After these sessions of simulating primitive food chasing, my brain seems to tingle with activity. The writing neurons buzz. Many Wednesdays, I simply go ride, eat, then type. Freelance and all. Whimsical. (I love that word.) Tonight, the thinking synapses were going on about the benefits of setting a fitness-related goal.

So…Is there a better way to motivate people to drink the healthiest elixir?

I think there is. And it has to do with our Wednesday Cyclocross (CX) practice.

Every Wednesday evening in the fall, about 50 or more people of all ages (6-65) get together on a plot of land to ride bikes. We ride on grass, through sand and around trees. CX also means dismounting a perfectly-functioning bike and then running with it over an obstacle–stairs or a big log, for instance. On the surface, one wouldnâ€™t think riding a bike on Velcro-like grass would be much fun. When you stop pedaling on grass the bike stops too; thereâ€™s not much coasting in CX. It’s hard, really hard.

“The dumber something is, the more cyclists like it.”

That’s one line of reasoning.

People do stuff like cyclocross practice because they are training for a race. They have picked an event(s) that measures something. A test of sorts. For me, and my CX-crazies, itâ€™s the coveted Ohio Valley Cyclocross Series. But for others, it could be a 5k, a masters swim meet, a long touring ride, or dare I say, even a triathlon.

Itâ€™s something. A goal. The bunny that spins around the track.

Some of the greatest success stories that I have witnessed come when people choose an attainable goal, and then work towards it. Along the way, a person discovers the benefits of exercise. Their clothes get looser, their steps a little more springy, their jaw a little more angled and the best part: the body moves through space easier and perhaps faster. Fitness sets in. Like Mr Gladwell says: a healthy lifestyle sticks; the 5k-runner tips toward health.

Maybe thereâ€™s more. (Remember, Iâ€™m typing in a post-exercise haze.) What if the converted start to spread the word?Â  Could a community of health sprout? One by one. Before you know it, we might all be fighting about bike lanes.

Of course, my goal-setting thesis has caveats:

Fitness is like learning, it takes effort, comes in bunches and soothes the soul.

then pin the number on and take the dang test. 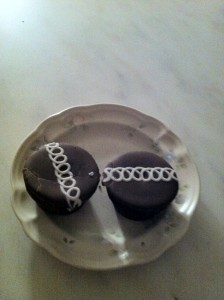 P.S. For the record, I have now won 45$ this CX season. My goal is to move up the payout list of the elite race. Last week, 19th (25$). This week, Iâ€™m chasing hard for 18th (30$). I like goals. Now how about this one: saying no to these noogets after burning more than a thousand kilojoules…