This evening, it was around dinner time when I finished seeing the last patient on the card that said, “Morning Rounds.”

On the way out, I ran into an old colleague.  Back in the 1990s, he was the experienced real-world clinician and I the youngster just out of fellowship.  As it often does with old mentors, our conversation turned to past triumphs.  Before long the reminiscing reached the vigor of 30 year-olds reliving high school football victories, or for that matter, masters cyclists recounting old bike races.

In mid-conversation our reunion was interrupted when an elderly patient was wheeled through the middle of us by an ear-bud distracted teen-transporter.  (Always be alert in hospital hallways.)  The patient, with his neatly combed grey hair and reading glasses on his nose, looked the part of the proverbial southern gentleman.  Though hospital gowns efficiently peel away most of one’s esteem,  I would have guessed him to be a retired banker, or lawyer, or statesman.

“Hey…I was coming up to see you,” my colleague told the patient in a way that comes with a relationship forged over years, not days or weeks. It was obvious that they had history together.

“Do you know who that guy was?”  my colleague asked me after the patient and his teen shepherd had gone.

“He wasâ€¦ [insert important person of your choice]â€”our seventh primary angioplasty–in 1983.  It was a proximal LAD.” 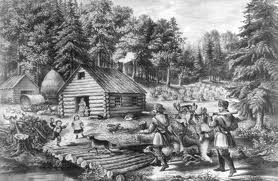 It made me think how different things are now.   Can you imagine just doing something as new as primary angioplasty was in 1983, now?

Sure, your pioneering might last for a while, but it wouldn’t be long before the forms and checklists would appear.  Then the letter from the coders would follow: “your new procedure doesn’t have a code.” Or, worse yet, CMS says that your procedure is not supported by the guidelines.

Oops, how much do we have to pay back?

The times are what they are.  We can’t go back.  Nor should we.  We need to refrain from saying, “back in the day we did thisâ€¦”  Primarily, because back then we did some dumb things that we thought were smart. (Just three flails (of many) that float to my mind are: prescribing quinidine for AF,  seldane for allergies and bear-huggers in the recovery room.)

But this patient was very much alive and well because of the pioneering spirit of young doctors, some twenty-seven years ago. They were learning a craft that now people time with stopwatches and report anyâ€”door to balloonâ€”delays with consternation.

Don’t misunderstand, I am not against evidenced-based doctoring.  Evidenced-basedâ€”much more than expert-opinion basedâ€”guidelines serve a great purpose. They provide a foundation and scaffold for good patient care. Good doctors know, and utilize practice guidelines.

That said however, doctoring is at its best when we try something daringâ€”sensible and thought-out but daring nonetheless.  And when it works, we learn, and rejoice.  Paradoxically, when our efforts don’t work, we may learn even more.

“Yepâ€¦I learned that 5 years ago. You should try it.”

4 replies on “Can a regular doctor be a pioneer anymore?”

This was a very interesting article on many fronts. I did not know research could still be done on this small of a scale.

Thank you very much for this blog post, I found it intriguing.

I’ve wondered a similar thought as a young doctor as I see more docs laying down to the system rather than paving new paths.

I would suggest you look to the handful of physicians like myself who are breaking free of the current system to build innovative business models with goal of improving patient care. It may not be quite the same as an angioplasty but I do open to save family medicine from the clutches of “the system”.

Although we face many challenges from inside and outside of our profession, I feel we will replace the status quo within a few short years.

I have two responses for you.

1. The paradigm of paying more for a higher quality (of anything) is true in every other economic model. Should it not be the case for health care?

2. “…Docs laying down to the system rather than paving new paths.”
I have a wise friend who reminds me that docs are good at little else other than doctoring. (Sadly he was referring to my writing, but he could have been referring to our business acumen.) Good luck innovating.

Thanks for sharing. It was a interesting piece.

[…] holds the solution for family medicine.Â  Dr. John had an excellent blog recently about whether the pioneer spirit in medicine has been choked out by over sight committees and ICD-9 billing minutia and the […]