Much energy in previous posts have centered on the ablation of heart rhythm disturbances.  Navigating a GPS guided catheter through the beating heart, triangulating the source of the ectopic impulse, and then delivering a cautery-like RF lesion is fun to do, gratifying to all involved, and makes for decent writing topics.

However cool ablation is though, it is not all that a doctor of the heart rhythm does.  Despite what one can read on internet news sites, dysrhythmias like atrial fibrillation more often than not, require medical therapy. 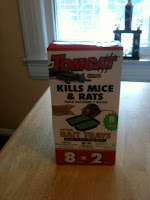 The dreaded blood thinner, warfarin (Coumadin) comes to the fore often.  In aggregate, I have likely spent months of my life discussing the risks and benefits of this much maligned drug.  Common rat poison is made from the same ingredients as warfarin –only rats keep eating it and die days later of bleeding, while humans have the blood thinning effects modulated through frequent blood tests, called the INR.  Adjusting the INR within two-three times normal results in significant stroke reduction in patients with AF.

No drug with proven benefits has received more negative press than warfarin.  It is a difficult drug to administer, significant drug/dietary interactions exist, and the bleeding risk associated with inappropriately high INRs are substantial.  For years now, doctors and patients alike have waited for an aspirin-like pill which can thin the blood without the need for monitoring, or the worry of drug/dietary interactions.

Patients have asked, so here is a brief introduction to Dabigatran –marketed in Europe as Pradaxa.   Dabigatran is likely to be the first warfarin substitute.  It is an orally administered, twice daily blood thinner that works like warfarin, only further downstream in the blood clotting cascade.  As an inhibitor of thrombin, it slows the blood clotting process.  Stroke is the one of the major complications of AF, therefore, prevention of clots in the left atrium of the heart during atrial fibrillation is a central tenet of therapy.

(It is important to note, and somewhat counter-intuitive that a “rhythm” controlling strategy, be it ablation or drugs, has not yet proven effective in stroke reduction in AF.  The notion that preventing AF should prevent stroke is simply incorrect; primarily because no real “cure” of AF exists, yet.)

The RE-LY study, published in September 2009 in the NEJM, showed Dabigatran superior to warfarin in stroke prevention, but most importantly, there were significantly fewer bleeding episodes.  It is beyond the scope of this piece to discuss the statistical details, but suffice to say, this 18,000 patient multi-center prospective study unequivocally demonstrated Dabigatran’s superiority to warfarin in the treatment of AF.  The science was exemplary.

Other practical advantages of Dabigatran over warfarin include: blood thinning without the need for blood tests, it is well tolerated with minimal adverse effects (including no significant liver toxicity),  it has minimal drug interactions, and no significant dietary interactions.

Dabigatran is the property of the privately held German pharmaceutical company Boehringer Ingelheim.  Although approved in Europe, Dabigatran is not yet approved in the US.  It was submitted to the FDA in December with approval expected later this year.

Finally, a substitute for warfarin is close.  Yes, the drug is considered both superior in efficacy and safer than warfarin by most experts, and so, in a “perfect” system of healthcare, it should be readily available to all.  It is best for the patient, right?

However, consider that in the socialized medical system of Europe, Dabigatran costs nearly ten times as much as warfarin.  In the US healthcare system it seems certain Dabigatran will cost much more.  Patients will have before their eyes a clearly superior drug with less bleeding risk –a substitute for rat poison.

Great news one would think, but consider the upcoming choice of costs versus efficacy and safety.  Dabigatran will cost many times that of warfarin, likely in the hundreds per month.  Will insurance companies be cajoled into paying?  Will patients pay extra?  How about Medicare?   Government tells us Medicare costs are to be reduced.  Surely not by paying 10 times more for such a commonly used drug as warfarin.  The upcoming adjudication of this superior, but expensive new drug will make for an interesting and instructive story.

Maybe the Boehringer Ingelheim people will price the drug reasonably in hopes of developing brand loyalty, so as to strengthen their competitiveness against the newer direct thrombin inhibitors that are sure to come.  For just a fantasy moment, let’s say Dabigatran cost only 2-5 times more than warfarin.  It follows that many more patients would switch, and what profit is lost on margin will be made up in volume.  No, this will never happen –forget I suggested it.   Silly thinking.  Naive.

Disclosures:  With joy, I declare zero financial relationships to any medical device or pharmaceutical company.  That is, except that turkey sandwich and peanut butter cookie I had last week compliments of the smiling youthful Boehringer Ingelheim representative who could not, and did not mention dabigatran.

10 replies on “Dabigatran: Finally a substitute for the dreaded coumadin is closeâ€¦”

No drug has prevented more strokes than warfarin. What has lacked is appropriate management of warfarin. When well controlled, like that of home testing patients – the cost-effectiveness of warfarin cannot be matched. A new drug that no one can afford or has typical non-monitored compliance will not be a drug that lives up to clinical controlled trials. With cost, compliance and no anecdote available, new isn't always better.

Thanks for the comment. I agree with you. As a believer in science, I am in total agreement with the benefits of warfarin in patients with an appropriate CHADS score.

I also agree with you on the need for attention to detail in the use of warfarin. I am lucky to have a practice where most patients have the means, and intelligence to comply accordingly –as such I personally see few warfarin disasters.

Most of my time is spent convincing patients of the stroke prevention benefits of warfarin.

It's interesting that you use the word "unequivocal" in your description of RE-LY. While I'd guess many people might agree with you, I still don't like the fact that warfarin wasn't blinded even though the two dabigatran doses were and behaved in a dose-responseive manner (for whether this matters, see SPORTIF III & V for ximelagatran, which although smaller than RELY by about 60-75%, showed different top line responses for the relative effect of ximelagatran vs. warfarin. Note, the better results weren't fully blinded), and second, there has been a persistent MI signal with dabigatran, and, speculating back to ximelagatran, one wonders if it isn't compliance related (ximelagatran, before getting definitively scotched at Advisory Council for liver tox, was getting questioned hard by Nissen on the rebound hypercoagulation potential). Anyway, makes one wonder if there are class effects.

Anyway, it'd be great to have a better warfarin, no doubt, but are we sure these compounds are it? Rivaroxaban / Xarelto is also marketed in Europe already with data in AFib pending this spring; it may have a worse bleeding profile than dabigatran but it also may not. It's orthopaedic short term data was much better than dabigatran, now we have to wait for the profile in AFib and assume no liver tox emerges (dabigatran has been clean there).

Basically, it seems like all of the new comments are roundly similar, but let's see what happens in ROCKET-AF…(not to mention the apixaban / betrixaban / etc. datasets).

It is true, the MI issue is important, but the blog cannot be too long, at least so I have read from instructional sites. The differences are small, but given the ximelagatran data it may be a real class effect.

Whether it is warfarin superiority in MI prevention, or a platelet activation phenomenon, or some other effect remains to be seen. We will learn more.

Went to the calculator tonight –and the delta was about 12 MI's out of 6000 plus patients in each group. A small difference indeed.

BTW, go back and look at RE-LY in the NEJM article – – about 26 pts out of 6k on dabigatran high dose had an MI (a little under 1/2 of one percent) and about 23 out of the same on low dose, but, interestingly, the difference reached significance between high dose and warfarin. low dose was a trend. not sure, given a stroke benefit, whether this will be clinically significant, but boy oh boy let's see what FDA says. . .

I have had Atrial-fib off and on for 10 years now.I absolutely think Coumadin is terrible,the side effects read worse than the symptoms of Atrial-fib.There can be hemmoragic strokes from use of it, sometimes the pro-time readings do not correlate,i would feel like i am playing Russian roulette because Physcians say you need it all the while ignoring what might happen.Being a Christian, i trust the Lord and i cannot see Him endorsing rat poison being put in the bodies He created!I wonder how many doctors would use this "stuff".I am not meaning to sound presumptious by stating the above, i just simply do not trust it!!!

The MI risk seems significant. I wonder whether some of the "severe heartburn" associated with dabigatran are not minor heart attacks. I doubt they would do EKGs and CPKs on these patients routinely. Also as far as the PROBE design, one must always take open-lable studies with caution. European reasearchers may have a Boehringer bias. This also happens on this side of the pond with American companies(I can remember well cases of bad rash that researchers kept encouraging patients to hang on till Steven Johnson's set in, and they knew it wasn't the placebo). I also noticed that a significant number of major bleeds occurred in a orthopedic study in Japan but was not so obvious in Europe. Why? The devil is in the detail…

I began to have Atrio Fib twenty years ago (I'm now 78). I controlled it with Amiodarone. But four years ago it STOPPED. How is that possible? My understanding is that it would get worse the older I got. I have been weening myself off Amiodarone. My cardiologist can't explain it and doesn't think I should be tinkering with the dosage.

I’ve read a lot about Dabigatran and Ximelagatran for AF, but not much is said about Factor V Leiden. Will it be effective for FVL?

All I can say is my mother passed away 3 weeks ago from warfarin necrosis. She was factor V leiden as I am, my sister and my daughter. We hope there is a better alternative to coumadin. What we saw her go through may I hope no one else experiences it.