Friendsâ€¦I once told Catherine while she was in high school that you do not want too many friends as they will drag you down. This morning our team, Calistoga Racing rode with our sponsor Papa John at the Norton Ride for Cancer. A team ride doesnâ€™t seem very interesting, true, but injuries and life have kept us apart this past year. Not all were there, but it was sure nice to be together for the morning, with lots of buds.

People make good writing topics. My buds are often misunderstood so I thought I would lay out some fun facts. Inside the Postal Bus was a book written a few years back on the Lanceâ€™s US Postal Cycling team. Consider this story: â€œInside the Calistoga Garden.â€ 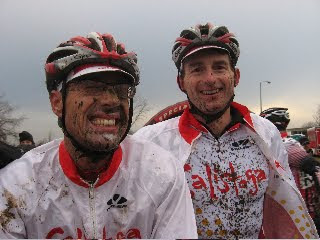 Bob: Nicknamed â€œCaptain.â€ or lately â€œBrokeback.â€ Always has been captain, ride leader and boss. Rev Stone labels him â€œBobro.â€ That makes me grin. I donâ€™t know why except it works when he leads. Maybe itâ€™s the Navy training, maybe itâ€™s the blood type O, maybe it was the J-Town skate rink training, but if Bob says ride into the Ohio, many will. Probably me.

Fun facts: Bob can eat faster than anyone. Go to McDâ€™s and he will put French fries on the cheeseburger and eat all at once.

I almost beat him once.

Not racing this year because of disc issues. How did cross guru and local tough bike racer dude hurt his back: bending over in Starbucks. Really. Having to call your wife to come get you at the coffee shop??

Want to approach Bob? Ask him about his garden. 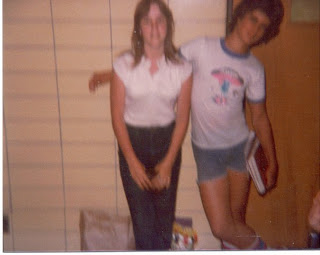 Erik: Nicknamed â€œFlower.â€ Erik was heard commenting during a morning ride on the “pretty flowers.â€ Since then, hard man, bike racer dude, Erik has been dubbed Flower; sometimes â€œFlower Power.â€ Erik is super quiet and shy but is hard core on the bike.

Fun Facts: Erik made a great choice in women. He is married to Rachel, AKA, Daisy. The blog doesnâ€™t have enough mega-bytes to discuss Rachel, maybe a whole topic. Suffice it to say, Rachel is a full 5 stars. A real live hottie. That’s not Rachel in above picture.

Want to approach Erik? Ask him to coach you. He will give you training secrets, unless of course you get to close to him in a cross race.

Stewart: Nicknamed â€œSplinterâ€ for obvious reasons. Stewart started the team as a teenager. He has been drinking the kool-aid for many years. That may explain his Mussolini-like approach to leading cross rides.

Fun facts: Has a baby on the way and is not racing this year. We see him jogging, or is that running in the park.

Want to approach Splinter? Ask him how to become a CEO, or tell him you are rich and want to buy a really expensive condo. 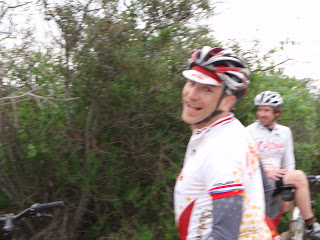 Steve: Nicknamed â€œPower-Kraut.â€ Oh my, where do I start? In physics we learn about watts: a measure of power. Steve is a human watt generating machine. You are behind him and thinking this isnâ€™t so bad, then 10 min later you are still behind thinking this suffering has to stop soon.

Fun facts: Friendly is Steve. What a grin?

Steve is a musician.

Want to approach Steve? Ask him anything? 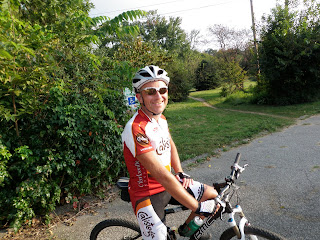 Glenn: Nicknamed â€œHomey.â€ Do not worry, Glenn, my blog is backed up and security protected. When I walk out to my car each morning and see those arborvitaes I think of Glenn. Since Bob and Glenn were gardeners, I thought I should try. The arborvitaes planted with Glennâ€™s assistance were the alpha and omega of gardening for me. Of course, my discs are ok.

Fun facts: Before his broke back, Glenn holds the Moser record of 3:52. Anyone think you are riding good go over to Moser knob and start the watch at the yellow sign at the bottom and see what it says at the top– unlikely to be 3:52.

Want to approach Glenn? Ask him about the Microsoft IPO, or flowers or â€œThe Road.â€ 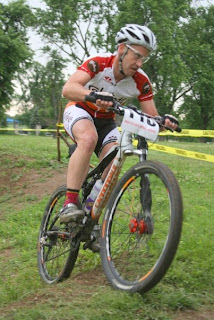 Mike: Nicknamed â€œPickle.â€ The consummate sand bagger. â€œI havenâ€™t ridden, I am sick, I am fat.â€ Then, kaboom, he drills you out. Again, physics come into play: Riding behind a rider creates a draft and thus requires less power. Ride behind Mike and the turbulence makes it harder.

Fun facts: Another guy who made a great choice in women. Les is a super biker, super mom/mini-vanner and is owner of a beautiful grin.

Want to approach Mike? Tell him you have a 100 dollar seat post for sale for 5 dollars. 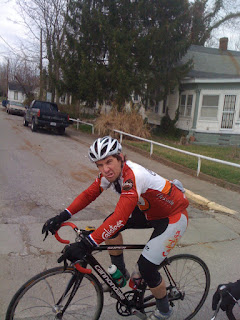 Bill: Nicknamed â€œDoctor Bill.â€ A huge heart is Bill. Get hurt and Bill is there for you. Best part is he knows how to help. A strong man is Bill. Crashes that would have killed some of the aforementioned barely hurt Bill. Did California mountain bike training camp with broken ribs and vertebrae.

Kudoâ€™s to Anne and Bill on building a strong CC team at Sacred Heart. That takes time and effort. Nice.

Want to approach Bill? Ask him about MTB tires or healthcare reform. 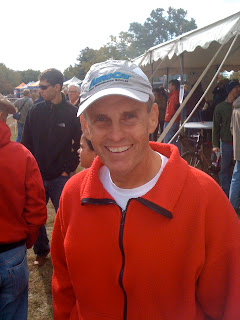 Robbie: Nicknamed â€œOld man.â€ Not really, that is just what I call him. Robbie is an American hero. He doesnâ€™t talk much about his service so I wonâ€™t. Suffice it to say, I am proud to be on the same team.

Fun Facts: Robbie is a tireless worker for others. Why? I donâ€™t know, but he does sooooo much and asks for nothing in return.

When, I first came to Louisville in 1996, Robbie was el patron of the pancake-Eminence ride. Come to think of it, that ride changed my life, but thatâ€™s another topic.

Want to approach Robbie? Thank him for all he does for the cross community.

Scott: Nicknamed â€œDumb-doc.â€ Ah, thatâ€™s just JTâ€™s name. Scott is no dummy. He is newer than I to this cycling thing. Like an intern and resident there is so much too learn about cycling culture. Like at the end of Officer and Gentlemen, when R. Gere comes back to the base and sees the drill sergeants are yelling the same exact thing, Scott comes along shortly after I finish my indoctrination.

Fun Facts Picture Scott on his first ever MTB ride doing Waverly with us on a brand new carbon fiber bike. Think of JTâ€™s monologue on that one. Grin.

Thick skin is Scott. All those years of team sports serve one well.

Want to approach Scott: Ask him about his first MTB rides.

John: Nicknamed â€œCat.â€ Gotta keep it short because no one likes a self absorbed author. Cat: As many know, I have balance issues. I seem to hit things, including the ground, too often. One MTB ride after a near miss at high speed someone commented that was a close one. I state that I used my â€œcat-likeâ€ reflexes. That stuck.

Fun facts: I am happy for good buds.

Will: You all know Will.

Happy to have healthâ€”knock on wood.

Want to approach me? Ask me about sponsored links for my blog. 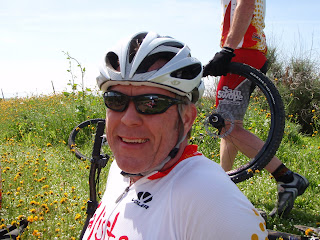 JT: Nicknamed â€œJTâ€ Another strong man. Where do I start? Doesnâ€™t matter too much what I say because JT doesnâ€™t read blogs or Face book. A misunderstood man. A good friend is JT. As friends go JT is top of the heap. Riding in California and my brake is rubbing. Each time we stop, I am fussing with it. He sees the angst in my expressions and without me asking says â€œlet me see that, dumb doc.â€ Voila, the brake is fixed and I feel like final exams are done. Why brakes rubbing could create so much angst is another topic.

Laugh until your stomach muscles hurt.

Want to approach JT: Thatâ€™s a hard one. First off, donâ€™t take yourself to seriously. I might need help on this one.