I am a doctor.

Go ahead, call me what you may, group me in a neatly prejudged category. 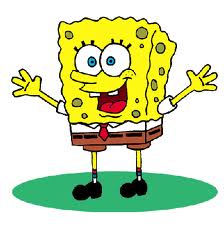 Just don’t label me a sponge.

That’s right, today in the WSJ, Mr Andy Kessler, a famous author, and former hedge fund manager smart enough to turn 100$ million into 1 billion, grouped doctors into a sub-category of the service economy which he labeled as sponges.Â  We could have done worse, his other categories included sloppers (DMV workers), slimers (financial planners) and thieves (cable companies).

It seems, doctors, along with cosmetologists, lawyers and real estate brokers, offend him because of the tests and licenses that we deem necessary.

Sponges are those who earned their jobs by passing a test meant to limit supply. According to this newspaper, 23% of U.S. workers now need a state license. The Series 7 exam is required for stock brokers. Cosmetologists, real estate brokers, doctors and lawyers all need government certification. All this does is legally bar others from doing the same job, so existing workers can charge more and sponge off the rest of us.

His essay goes on to argue the tired notion that technology endangers jobs in the service sector–the toll-booth-operator argument, again.Â  He likes the creators of stuff–Apple and Google.Â  Duh.

But in my mind, doctoring is about creating something; we create better and longer lives for our patients.Â  Ask the patient cured of cancer how happy they are that some doctor created their treatment plan.

Mr Kessler still thinks we are vulnerable to technology.Â  His Cornell-logic follows…

Doctors are under fire as well, from computer imaging that looks inside of us and from Computer Aided Diagnosis, which looks for patterns in X-rays to identify breast cancer and other diseases more cheaply and effectively than radiologists do. Other than barbers, no sponges are safe.

Doctors that read X-Rays get some help from a computer, and Mr Kessler extrapolates that computers might someday practice medicine. And, medical certification exams and licenses act as means for docs “to sponge off the rest of us.”

They better check the air vents in that think tank.

He must not get out very much.Â  Has he seen what’s happening to his human peers?Â  Let’s just say Americans aren’t consuming less healthcare.

It’s surprising that a man of Mr Kessler’s intellect wouldn’t know that the paradox of medical technology is that it increases the demand for health care far more than it relieves the supply.Â  And that less, not more, young people are pursuing medical careers.

He might do well to read some medical blogs.

2 replies on “Doctors as Sponges?”

[…] This post was mentioned on Twitter by John Mandrola, MD, Ves Dimov, M.D.. Ves Dimov, M.D. said: Doctors as Sponges? Technology does not endanger the job security of doctors http://goo.gl/wyHpd […]

Dr. John Kirklin, who pioneered computer monitoring at UAB in the late 70’s and, as I recall on rounds in 1980, remarked about an “EMR wher all patient data would be at rapid access”, reasoned that technology would let us be doctoring and nursing more, putting us back in touch with the patient.