As the calendar arbitrarily marks the New Year, it’s normal for those who seek better health to make promises. Good ones like:

I will exercise more.

I will exercise smarter.

Or, for many of the yet to be turned: I will start exercising.

This is because most everyone understands the benefits of exercise. Specifically, it’s taken as a given that a major pillar of the plan is to make daily exercise feel as normal as eating and sleeping. I counsel good-health seekers that they should exercise every day that they eat. This decry brings smirks frequently, grins sometimes and a Eureka-like expression rarely.

The struggle, of course, lies in figuring out how to carry out the plan. Modern-day life, with all its connectedness and techo-fury, impedes easy assimilation of the plan. And even when people try, success does not come easy. There are obstacles: work and family commitments, access to good places to exercise, boredom and the scores of other non-exertion related iThings that occupy hours in our days. 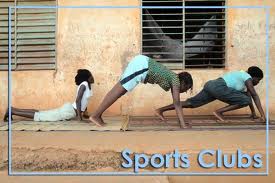 But at least one common reason why some fail to incorporate the plan seems surmountable. They try to go it alone. And that’s tough. There may be a better way.

My friend David is a former member of an elite military squad and a newcomer to our cycling community. He succinctly captured the essence of why I believe finding a like-minded group with which to exercise offers an excellent strategy for implementing the plan:

When I was younger, I thought that I pursued certain athletics because I enjoyed that particular sport (i.e. pole vaulting, ocean swimming, cross-country running). However, now I realize that the initial attraction to a particular sport is in large part due to the desire to join a group or culture.

Humans are born to be in groups. The ascetic is the exception.

My personal experience as an exercise convert supports David’s thesis.

The ‘flip’ occurred in my twenties. Life was hectic; I had thrown myself into work as a medical resident. As a motivated learner, I had wrongly assumed that there was not enough time for exercise. Soon the results arrived: larger clothes, higher blood pressure and even fatigue. On a few occasions, I tried; I went on runs, signed up for a gym membership and even bought an old bike. But all these solo efforts failed.

Then something happened: I was invited by a professor to join his running group. They met at noon on campus. It took a few days to get my nerve up. I was out of shape and these were real runners. Finally I overcame the inertia, showed-up and asked this fateful question: “Hey guys, can I join you?”  That day changed my life.

The eclectic band took me in, nursed me through those tough initial weeks and then, kaboom; I was hooked. Soon I was running on my own (secret training), reading books on running, eating better food and dropping weight like crazy. Plus I made some non-medical friends.

Since that day almost two decades ago, I have changed sports multiple times (running, swimming, triathlon and now cycling) and moved to a new city. With each new sport or city, a nurturing group helped me—not just as an athlete but also as a person. At this moment, my family and cycling team act as both bike friends and best friends. We go to races together, ride together, try to eat well together and enjoy each others’ triumphs–be they big or small.

Of course, there’s more to group exercise than just one doctor’s experience.

“To motivate” is defined as stimulating an interest or enthusiasm. Consider swimming alone versus whooping it up with lane-mates, enjoying a post run coffee alone or with a group of pals or pedaling into a headwind solo versus sharing turns ‘on the front’ with your buds. And motivation isn’t just about having fun with friends. There’s another part of a group’s motivating power: accountability. A ‘member’ becomes accountable. One’s presence is needed because without it the group is diminished.

Joining or forming a group of people increases the chance of making friends—an important perk indeed! One lesson that I have learned in taking care of heart disease is the importance of having human bonds. People who report having strong friendships, a group, a human purpose, tend to have lower risk of heart events. Emerging evidence even suggests human bonds lower the levels of inflammatory chemicals in the body! And of course all this makes sense. The human heart isn’t just an unfeeling mechanical pump.

The pressure of competing forms a potential obstacle for many. Some revel in the match; others find it polarizing, so much so that they would shun the benefits of group exercise. The truth, I believe, depends on how competition is considered–negative or positive. Here, I am going to borrow from my twenty-something cycling friend, Andrew, a law-student known for his upbeat attitude. He wrote to me about the competitive aspects of our Wednesday group training ride. Andrew opines:

Negative competition is a result of losing grasp of the big picture, or more importantly, losing sight of my own concrete yet idiosyncratic methods for achieving my goals. Positive competition accords well with our evolutionary instincts and it is simply a drive to become better at what we do. The Olympic motto comes to mind: Citius, Altius, Fortius , which is Latin for “Faster, Higher, Stronger.” The words were originally spoken by de Coubertin, but they were not meant to be faster, higher, stronger than your fellow-man, but to simply be: faster, higher, stronger.

To simply take part, to improve from one week to the next, even in the smallest increments is the goal, and the group framework paints the best picture of competitive people.

I hear Andrew saying the group helps him be the best he can be. Not better than others, just better than where he once was.

The science of group exercise:

My favorite group study involved a team of rowers. Researchers found that members of a team who exercised together were able to tolerate twice as much pain (a measure of endorphin release) than when exercising alone. The lead author, Dr Emma Cohen said,

The results suggest that endorphin release is significantly greater in group training than in individual training even when power output, or physical exertion, remains constant.

It’s always reassuring when science confirms what makes sense and what one has felt: the ‘energy’ of a spin class or spirited group ride, the ability to complete a set of 200-meter repeats with lane-mates and the sensation that a long run passed more quickly than imagined when run with friends. In science, we call these observations, confirmatory.

Though it’s okay to exercise alone, and I often do, I strongly believe that finding a like-minded group will increase the chance of unleashing the greatest you.

My buds have surely helped me stay on the plan.